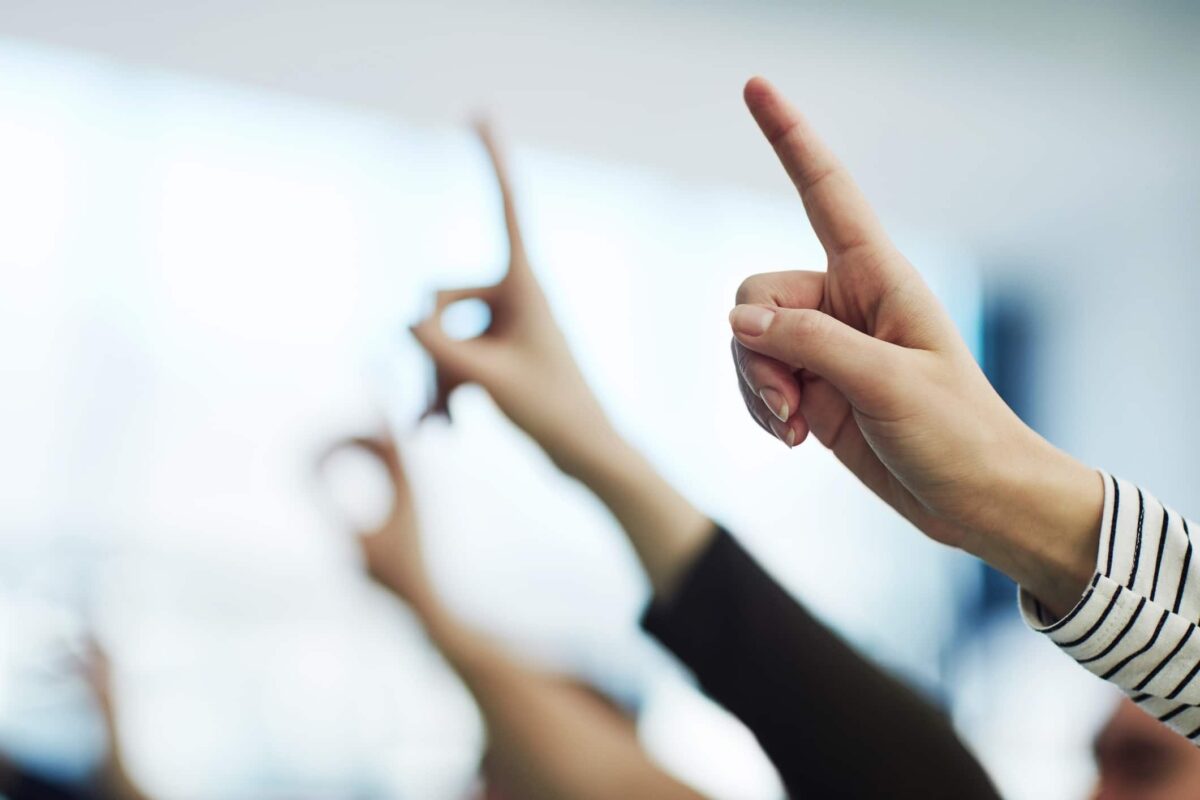 Recently I had an idea for one of my coaching clients. It was a fundamental change to her business model that I knew would 10x her business and provide her with more personal margin to focus on her health and most important relationships.

As we talked, she got excited about the possibilities. But almost immediately, she started retreating from the idea. Why? Because she couldn’t see how it could be possible.

She voiced a litany of objections:

“I just don’t think I have the bandwidth to pull this off.”

“I’m not sure the technology is available to do that.”

“I think it would cost too much to implement.”

Her response was not unusual. She was voicing a mindset that’s common among entrepreneurs. It’s also one of the things that keeps them from taking their businesses and their lives to the next level. They get bogged down in how before they get clear on what.

The Mindset of Successful People

This is not, however, the mindset of the most accomplished among us. There would be no iPhone if Steve Jobs had started with how. His engineers repeatedly told him they couldn’t produce what he envisioned. But he just kept stating and restating the vision. The engineers eventually figured it out—especially after he told them he would find new engineers if they didn’t!

NASA would have never put a man on the moon if President Kennedy had started with how. On May 25, 1961, in a speech to a joint session of Congress. He said,

I believe that this nation should commit itself to achieving the goal, before this decade is out, of landing a man on the moon and returning him safely to the earth.

Only one problem: the technology didn’t exist. No one had a clue how it could be accomplished. And yet, just eight years later, Neil Armstrong and Buzz Aldrin landed on the moon and returned safely home.

To achieve anything significant, you have to start with what you want accomplish and suspend any discussion of how you will do it. That comes later. First, you must get clear on what.

Easier said than done, right? You might be surprised.

Leadership research confirms that transformational leaders create a stronger, more effective vision by presenting a positive view of the future and expressing confidence that it will be achieved. Here are seven steps for developing a crystal clear vision without talking yourself out of it before you start.

1. Set aside the how. This needs to be a deliberate, conscious decision. Say to yourself (or others, if they’re present), “Look, I know I’ll eventually have to figure out how I’m going to achieve this. But that’s a consideration for another time. For the next hour, I’m going to get clear on what I want.”

This takes discipline. You’ll be tempted to slip back into figuring out how you’ll pull it off. In fact, the bigger the vision, the greater the temptation. This is normal, especially if the vision scares you.

2. Stand in the future. Human beings are adept at being mentally detached from where they are. So let's use this to our advantage.

Locate yourself at a point in time in the future. It can be a year, three years, or any future time you choose. The important thing is to choose a specific date, then mentally transport yourself to it.

3. Use your imagination. This is where it gets fun. Too often we use this ability in a negative way. We imagine a worse  future and then worry about it. Or we imagine everything that could go wrong in the pursuit of a better future and begin listing the reasons we should be content where we are.

This is not the highest use of our imagination. To create a vision, we need to summon our best, most creative thinking to imagine a brighter, better future. This is where every improvement or breakthrough begins—in our thinking.

4. Employ all five senses. The more concrete you can make your vision, the more real it will seem and the more powerful it will be. One way to do that is to invoke each of your senses. For example,

What do you see? Describe it in vivid color.

What do you hear? Describe any sounds you hear as you envision your future.

What do you smell? Your olfactory system is one of your most sophisticated senses. Nothing triggers a memory faster than specific odors. Why not create a memory of the future?

What do you feel? Describe what you can touch in your vision?

What do you taste? This might not be applicable to every vision, but, if there’s a component you can taste, describe it.

5. Record what you see. Nothing creates clarity faster than forcing yourself to write it down. As the old adage goes, “Thoughts disentangle themselves passing over the lips and through pencil tips.”

Do this in two stages. First, just do a brain dump. This is the creative stage. Write down the vision as a series of bullets. Don’t worry about structure or even grammar. Just write. The goal is to get the vision out of your head.

Second, go back and fine-tune. This is the editing stage. Now is the time to rearrange what you have and clean up the grammar. Keep tweaking until you get it 90 percent done. (Don’t let perfection be your standard.)

This is a simple tweak, but an important one.

In one sense, the vision is never done. Until you achieve it, you will be tweaking it. That’s because as you move toward it—and begin to see it taking shape—you’ll gain even more clarity. As your vision comes into even sharper focus, you can revise it.

At this stage, it’s also helpful to share the vision with your team or with people you trust. But be careful here. You don’t want to invite naysayers into the conversation, who will dismiss your vision out of hand. Instead, you want people who can offer honest feedback and help you get even greater clarity.

To create a brighter, better future for yourself and the people you lead, you have to start with the vision—a clear, compelling view of the future. You can’t afford to let yourself get bogged down in how until you are clear about what.

If you discipline yourself and your teammates to follow this process, it will become a critical tool for transcending the status quo and scaling your business. This is where every important improvement starts: in your mind.