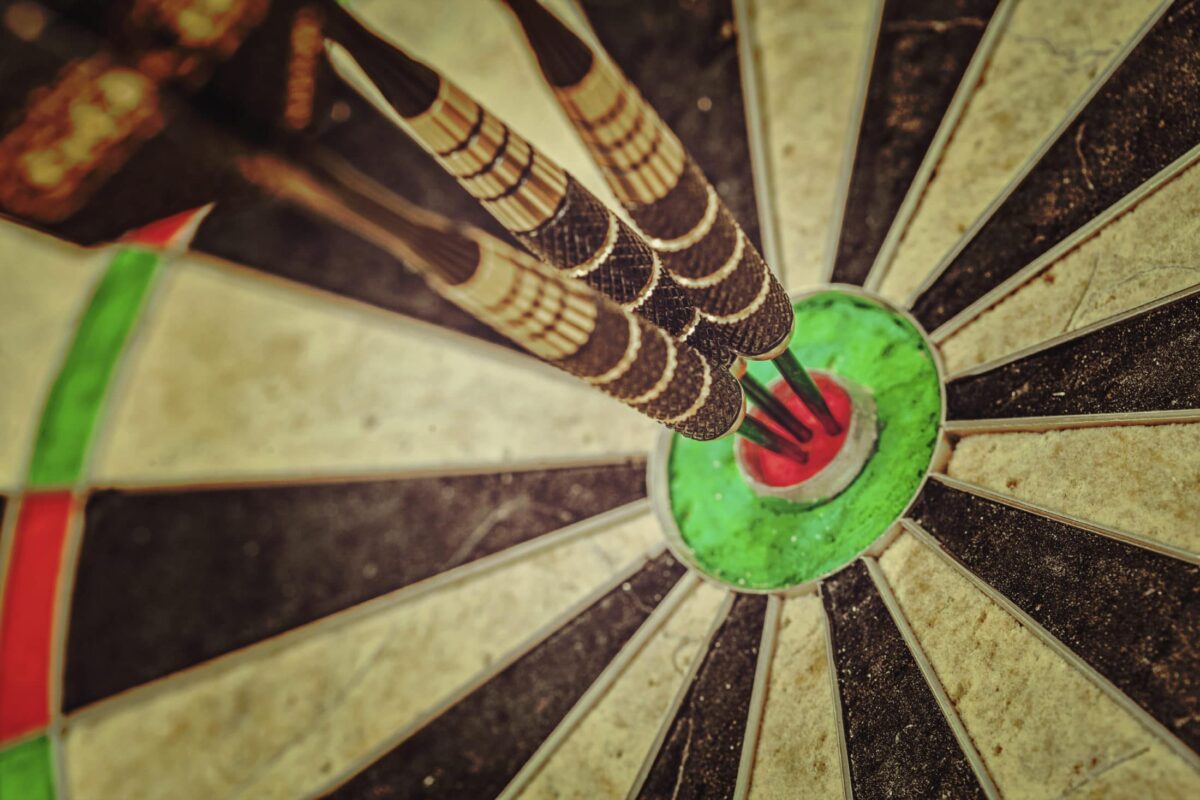 The Difference Between Trying and Committing

There are probably as many different philosophies of creating an annual budget as there are companies. When I came to Thomas Nelson initially, the philosophy was the push-up, pull-down philosophy. Management would try to get the individual units to push up their revenues budget as high as they could and push down their expenses as low as they could go.

This inevitably became a sort of dance. The business unit leaders would propose a low revenue budget and a high expense budget, knowing that they would go through several rounds of negotiations with management. The biggest problem, though, was that once people agreed to a higher revenue budget, it would have the effect of pulling expenses up, too. Then, if the revenues didn’t materialize, the unit had already compromised its margins.

When I first became President & COO, I decided to try a different approach. I wanted to create a more realistic revenue budget and then give people incentives to stretch beyond that. I wanted to control our expenses and protect our margins. But, after working with this approach for several years, I think it is time to change our vocabulary and the way we approach the budget.

First of all, I don’t like the term “Stretch Budget.” The word “stretch” implies that we are reaching toward something that we know we won’t hit. By definition, it is always something just out of reach. As a result, I think we are inadvertently planning to fail.

Often in Business Review meetings, we hear someone say that they will “try” to do something we request. Maybe they will try to hit their revenue goal, try to sign a new author, or try to hit a specific expense goal. As James Ray says, “trying” is simply “failure with honor.” We don’t really plan to accomplish what we are trying to do.

But on the other hand, we don’t want to admit to ourselves or others that we are really not committed to the goal. So, instead, we promise to try. And then, when we fail, no one is surprised. In fact, we pat ourselves on the back and say, “Well, at least we tried.” In other words, we failed with honor.

I think language is more important than we sometimes think. It shapes our reality—or at least our perception of reality. The thing that both the words “stretch” and “try” lack is commitment. When someone says they will try to hit the stretch budget, they are playing it safe. They are not really taking a stand. They are not publicly going on record. They are planning to fail—with honor.

On April 28, I ran the Country Music Half Marathon with more than 65 of my fellow employees. We didn’t try to run it. We didn’t stretch toward it. We did it. We made a commitment to finish the race when we began the training process. We took a stand. We made a promise to ourselves. Failure was not an option.

I stated publicly that I was going to finish the race on my blog. Before the race began on Saturday, Lisa Lehr (one of my heros) told me, “I will finish this race if I have to do it on bloody stumps.” And, I believed her. I could tell by the look in her eyes. She had that resolve. She wasn’t using the language of “try” or “stretch.” She had taken a stand.

When I got married almost 28 years ago, I didn’t say, “I will try to make this marriage work.” No, I made an unconditional commitment. I took a stand. I said to Gail, before God and five hundred people, “I will love you till death do us part.” I then enumerated specific obstacles, “in sickness and in health,” “in poverty and in wealth,” etc. I made a promise to her, to God, and to myself. And she did the same with me.

And—I am happy to report—I am still happily married to this very day. Divorce is not an option. It never has been. I am as committed to her today, as I was the day we became husband and wife.

In my view, this is what is wrong with our culture today. We have a whole lot of people trying but very few committing. Those that try, often fail. Those that commit, usually succeed. The difference is our relationship—our attitude—to the thing we want to achieve.

So, in that spirit, in this fiscal year, I have asked the Executive Leadership Team to take a stand with me. I am committed to achieving the number we used to call the “stretch budget.” I am making a promise to myself and my fellow leaders that we will achieve that number this year. This is my stand. Failure is not an option. With God’s help, we will hit this number no matter what obstacles we face. We will overcome them and succeed.

Throughout the year, we will keep forecasting as we have always done (i.e., this month, this quarter, this fiscal year). But I want us to do this with a very different purpose in mind. Instead of the forecast being indicative of where we think we will end up, I want us to use it as a means of revealing how big a gap we need to fill in order to hit our target. Then, I want us to stay focused on filling the gap.

If we are going to take a stand to hit our target, it means we refuse to give up on it until we cross the finish line on March 31, 2008 (the end of our fiscal year). We must maintain belief in ourselves, the team, and the commitment. We must eradicate cynicism in our hearts and in our words. We must avoid anything that casts doubt on the target. We must learn to use the language of belief and commitment.

Can we do this? Yes! But it’s going to take a conscious, focused effort on all of our parts. We cannot change the outcome, until we change our thinking and our actions.

Every business problem we face—every single one!—is between our ears. The problem is not the problem. The problem is the way we think about the problem. We have to be willing to change ourselves if we are going to produce an extraordinary outcome. This is the essence of leadership. It begins by leading ourselves.

Where do you need to take a stand?