I’ve met numerous leaders in my career. Some did a better job than others at actually leading. But few were what I would call “inspirational leaders.” 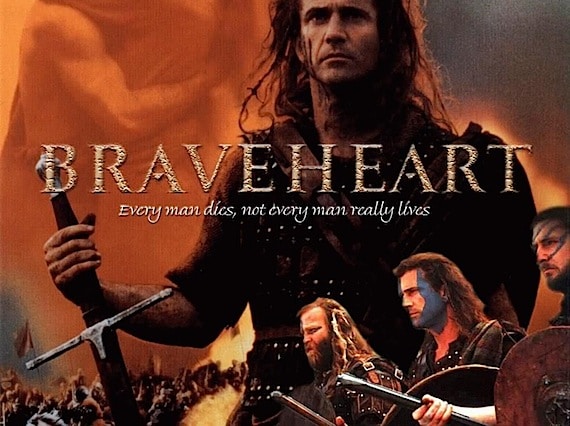 By inspirational, I simply that they had the ability to motivate others to accomplish something significant, perhaps even heroic. William Wallace was such a man.

Remember his speech in BraveHeart before the battle of Stirling Bridge. He said,

I am William Wallace. And I see a whole army of my countrymen, here in defiance of tyranny! You have come to fight as free men. And free man you are! What will you do without freedom? Will you fight?”

A veteran shouts, “Fight? Against that? No, we will run; and we will live.”

Aye, fight and you may die. Run and you’ll live … at least for a while. And dying in your beds, many years from now, would you be willin’ to trade all the days, from this day to that, for one chance, just one chance, to come back here and tell our enemies that they may take our lives, but they’ll never take … our freedom!”

The men are inspired and Wallace leads them into battle. They defeat the British, who were more numerous and better equipped.

Later on in the movie, Robert the Bruce has a discussion about leadership with his father. He understands that there is a fundamental difference between having a leadership title and actually being an inspirational leader.

Robert the Bruce: “I have nothing. Men fight for me because if they do not, I throw them off my land and I starve their wives and children. Those men who bled the ground red at Falkirk fought for William Wallace. He fights for something that I never had. And I took it from him, when I betrayed him. I saw it in his face on the battlefield and it’s tearing me apart.”

Robert the Bruce: “I don’t want to lose heart. I want to believe as he does.”

Fortunately, in real life, Robert found his heart and became a great leader. He led the Scots against the English in the First War of Scottish Independence and eventually defeated King Edward II at the Battle of Bannockburn in 1314.

What does this have to do with business? Everything.

If you are going to accomplish something significant, you need help. You can’t do it alone. You can’t pay your people enough to give you their hearts. Nor can you frighten them into it. Instead, you and I must become inspirational leaders—leaders who can inspire others to give their best efforts for the sake of a great cause.

In my experience, inspirational leaders share four characteristics in common.

Not everyone is in a position of leadership. But, as Robert the Bruce pointed out to his father, leadership is influence. And that is something all of us have.

Question: Are you an inspirational leader? What is the most important thing you can do today to become one?