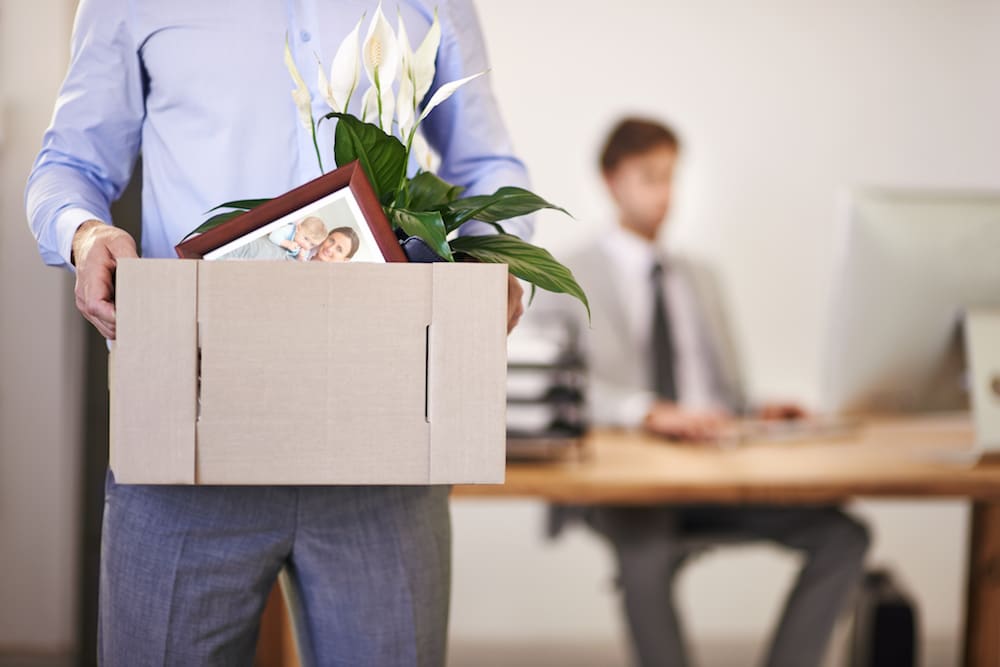 3 Things Being Canned Taught Me About Management

Chances are, you are going to be fired at some point in your career. This May, 1.7 million workers in America were laid off or fired. And according to the Labor Department, that was during a month of generally good economic news.

Sometimes you are let go for reasons far outside of your control and there’s not much to be learned from it. It just happens.

During the recent recession, as CEO of Thomas Nelson at the time, I had to oversee the layoffs of 28 percent of our staff. It wasn’t their fault and we told them that when we announced the layoffs. The market had just plummeted. We had to cut costs to survive.

But often there are lessons to be learned from these career setbacks. I have been fired from three different jobs or gigs in my career and I learned from each one of them.
Don’t get me wrong. Each of these was a painful experience. But these experiences also taught me important lessons that I probably could not have learned any other way. They were invaluable for my future success. Here are those lessons:

1. Don’t Take Your Job for Granted

I got my first real job at 15. I was hired as a dishwasher at Giovanni’s Pizza in Waco, Texas. After a few months, I was given the opportunity to cook pizzas.
It was a part-time job. I usually worked a few evenings after school and then Friday or Saturday night. It wasn’t too demanding, but it gave me some much-needed spending money.
After working at this job for a little over a year, I was unceremoniously given the boot. I didn’t do anything egregious. I just got sloppy. I was often late to work. I regularly asked my boss to change my work schedule at the last minute.
The problem was that I thought the job was about me. My employer thought it was about the restaurant. In the end, I became more trouble than I was worth, so he canned me.
I was shocked, but it was the best thing that could have happened to me. It got my attention, and it was the beginning of my education. After this experience, I never took any job for granted.

2. Manage Expectations, or Else

When I was in business for myself, I agreed to manage an artist’s singing career. I was reluctant, but she was persistent.
She was a B-level artist who was convinced that she could be an A-level talent with the right exposure. My job, as I understood it, was to get her better concert bookings, a book deal, and exploit whatever other opportunities we could create. As she understood it, my job was to make her famous.
I knew I was in trouble after the first month. In the first 30 days, I doubled her bookings, came up with a concept for and secured a decent book deal, and got her an appearance on a major national TV show.
I was feeling pretty good about our progress. But, she could only find fault. Over dinner, she complained that she still wasn’t famous yet. I pointed out what I had accomplished. She dismissed all of it as “low hanging fruit.” She then pointed out all the things I hadn’t accomplished.
I realized I had made a major error in not getting her expectations on the table from the get-go, but it was too late. She fired me, with a fax. It was painful, but, honestly, I felt relief.
After this experience, I decided to discuss (and document) expectations at the beginning of any new business relationship to avoid later moving of goalposts. I would need to be ultra-clear at the beginning so that we both agreed on what success would look like.

Chances are, you are going to be fired at some point in your career. Learn from it.Michael Hyatt

3. Don’t Put All Your Eggs in One Basket

Unfortunately, I’ve made this mistake more than once. The last time, which made the lesson sink in, was about 20 years ago.
At the time, I co-owned a literary agency. I agreed to take on a giant project for a major client. I worked my tail off for about a year, focusing exclusively on this one client. My relationship had morphed into an artist management relationship, and I was, essentially, managing this client’s career.
Meanwhile my partner and associates took care of everyone else. We all thought it was a good bet. But in the end, the client fired me (also by fax!) and signed with an agency who promised to get him a major book deal with a New York publishing house and an appearance on Oprah. I was left high and dry with nothing to show for my year-long investment.
The worst part was that I did not see it coming. I thought I had done a great job, and we had enjoyed a long-term personal relationship. My client had his eye on bigger things and decided I couldn’t take him there, so he dumped me without discussion.
The thing I finally learned from this experience was that clients and customers can be fickle. Spread the risk. You cannot afford to put all your eggs in one basket. You also can’t assume that today’s victories will be remembered. You have to keep raising the bar.

Mistakes, I’ve Made a Few

These aren’t the only mistakes I’ve made in my career. I’m not even sure they were the biggest ones. But they were the mistakes that got me fired. That got my attention and furthered my education in the school of hard knocks.
The trick—after being fired—is to try to push bitterness aside and learn from it. Failure can be a great teacher, but we have to listen.

Failure can be a great teacher, but we have to listen.Michael Hyatt

What lessons have you learned from your past mistakes?