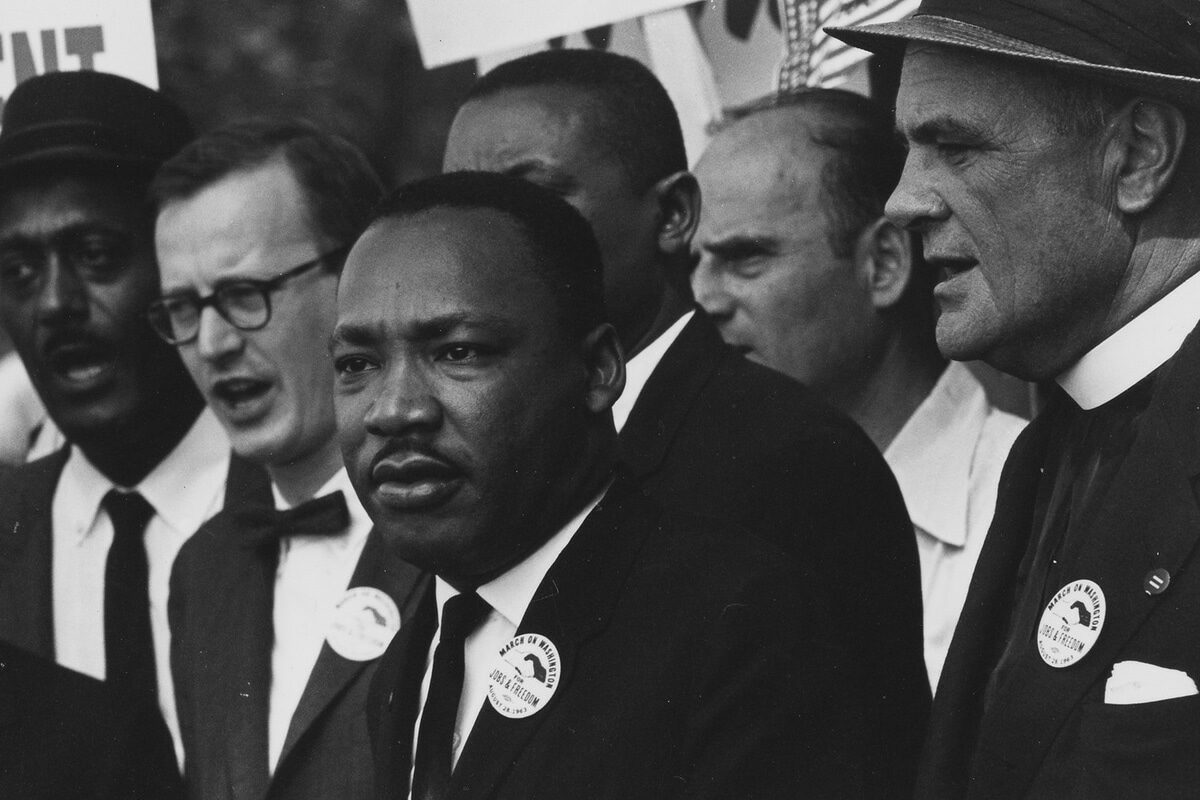 Why Extraordinary Success Depends on What You Believe

That was 1954. What King accomplished over the next decade would radically reshape American society and provide an example and inspiration for us today. So what was his secret?

Changing the World in Just 10 Years

A year after he arrived in Montgomery, Rosa Parks famously refused to give up her seat on a public bus, and King led the Montgomery bus boycott to end segregation. The U.S. Supreme Court sided with the boycotters in 1956.

A year later in 1957 King formed and led the Southern Christian Leaders Conference, which helped organize the burgeoning civil rights movement. He also spoke before his first national audience and made the cover of Time magazine.

But that was only the beginning. King’s organizing and protest work continued in the late fifties and early sixties with sit-ins and protests, culminating in the events of 1963.

In April King was arrested in Birmingham for disobeying a ban on demonstrations. When he came under fire from local ministers, he responded with one of his most important and memorable works, “Letter from a Birmingham Jail.”

A few months later, he led the March on Washington, attended by over 200,000 people. 1963 was the hundred year anniversary of Lincoln’s Emancipation Proclamation, and King gave his stirring “I Have a Dream” speech from the steps of the Lincoln Memorial.

The demonstration galvanized nationwide support for civil rights. Earlier that summer President John F. Kennedy introduced the nation’s most sweeping civil rights legislation to date, and the impact of the march and King’s advocacy was instrumental in its passage in 1964.

If that wasn’t enough, Time picked King as its man of the year, and the Nobel committee made him the youngest-ever recipient of the Peace Prize.

All in ten years! He was just thirty-five years old, and there was more work to do, but he’d already turned the world upside down. How did he do it?

Avoiding the Trap of Limiting Beliefs

King’s critics in Birmingham thought his actions were “unwise and untimely,” that they violated “common sense.” But unlike King, these ministers were laboring under a limiting belief.

Here’s what I mean: They held an idea about the world that limited their range of possibilities. Instead of seeing King’s actions as paving the way for change, they saw them as counterproductive. But this is just one of a million examples in life where “common sense” is just another way of saying “widely held misunderstanding.”

A limiting belief doesn’t change reality. It just limits what we’ll make of it. It’s a misunderstanding of the present that shortchanges our future.

And there were many, many others shared by white and black people, in and outside the movement. The difference between King and others was that he didn’t fall prey to their limiting beliefs. He didn’t cut off his options and limit his potential with negative thinking.

That’s what “I Have a Dream” was all about. He could see it, regardless of what some people said or believed. He could visualize the victory and knew in his bones that he would someday realize it as well. Those liberating truths freed him to act with determination.

We Have the Right Tools for the Job

Early in his ministry in Montgomery, during the final difficult months of the bus boycott in 1956, King preached a sermon to encourage his congregation to live hopeful lives of creative action.

To show how powerful our humble tools can be, King pointed to the example of Moses, who shed his limiting beliefs with God’s help and led his people to freedom.

We have the right tools to create the kind of change the world needs. King’s example shows us that. “There is no deficit in human resources,” he once said; “the deficit is in human will.”

There is no deficit in human resources; the deficit is in human will.Martin Luther King Jr.

King proved those words by his own example. And his extraordinary success can instruct and inspire us today if we shed the limiting beliefs that are holding us back and embrace liberating truths that can propel us forward.

What limiting beliefs are stopping you from accomplishing your goals?