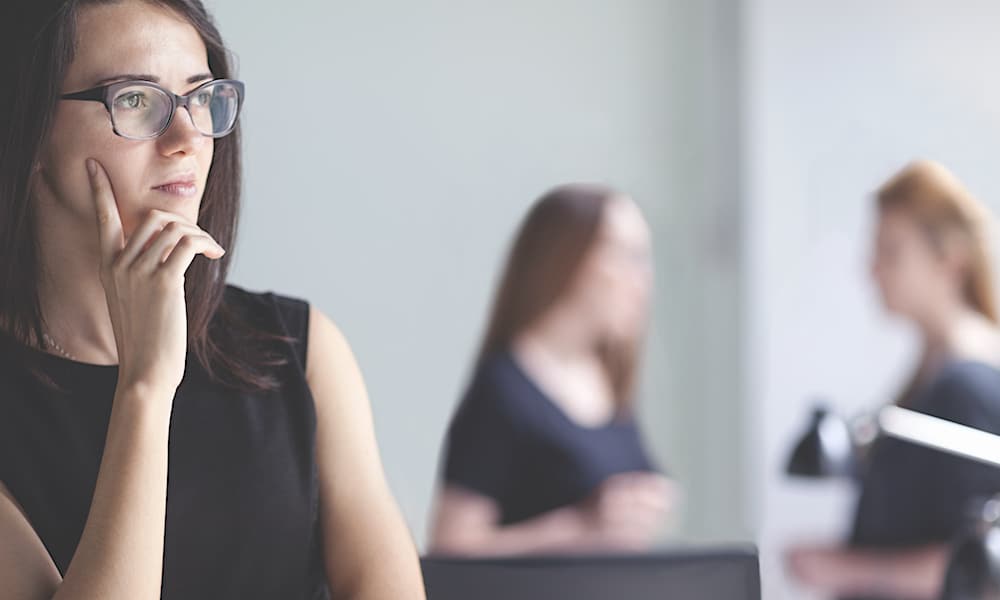 3 Ways to Work up the Courage to Say It

As the vice president of the consultancy Gap International, it is Ilene Muething’s job to challenge and confront some of the world’s most abrasive and powerful CEOs.

Ilene is a friend and has done some consulting for my company. I once asked her how she worked up the courage to speak truth to the powerful. She said it was difficult at first, but over time it got easier.

3 Truths to Work up Your Courage

What helped Muething was that she reminded herself of three simple truths to work up the courage to speak up.

1. What I have to say is important.

If you are struggling with whether or not to say something weighty, this is generally a clue that you need to speak up. You are seeing or sensing something important that needs to be said about what is not working and needs to be fixed.

2. They need this criticism to get to the next level.

If they could see it on their own, they would already have made the change. That they aren’t changing it indicates a blind spot. So they need my eyes and my voice to get to the next level.

Too often, we see others as fragile. We are afraid that if we speak up they will shatter into 1,000 little pieces. Or that they will fly off the handle.
But this is usually not true. We need to think of people as giants. They can handle it, especially if we take care with our words and “speak the truth in love” (cf. Ephesians 4:15).

Confrontation in Your Dreams

I asked her this question because there aren’t too many normal people who find it easy to confront others at work.
According to a survey of British workers by the Chartered Management Institute, two-thirds of workers are seriously stressed when they know a difficult conversation is coming up.
In fact, 11 percent get persistent nightmares and awful sleep leading up to any office confrontation.
And I am part of that 11 percent. I am conflictaphobic, to make a word. When conflict is what’s called for, there’s always an internal debate in my head.
“Surely, this isn’t that big of a deal. Maybe I should just let it slide,” vs. “Someone needs to tell her. I would want to know if I were in that situation, right?” And on it goes.

Keeping Your Head Down

As a result, especially early in my career, I would keep my real opinions to myself. I didn’t want to get in trouble. I thought that if I just did what was expected of me and kept my mouth shut, I would get ahead.
This was a pretty good strategy for a while. But it didn’t really work once people were counting on me to lead. I had my reasons for avoiding conflict:

These are a few of the reasons and rationales I used to justify avoiding conflict. The bottom line was that I was afraid.
But as a leader I kept finding myself in situations where I had to either step up and speak up, or watch my team suffer.

Say It With Flowers

Many moons ago, soon after I became head of one of Thomas Nelson’s publishing divisions, I had to confront one of my authors who was exhibiting what people in Washington, DC know well as classic “kiss up, kick down” behavior.
The author was pleasant and cooperative when I spoke with him. That’s the “kiss up part” but then came the “kick down.” He was demanding, uncooperative, and downright nasty to my staff.
Finally, one of them came to me in tears and said, “I’m sorry, but I just can’t take it any more.”
Now I had to make a choice. I could let it go, hoping he would improve without intervention, or I could speak up.
And cue the debate. I wrestled with it all night. I tossed and turned. I got sick to my stomach. I played out every scenario.
Finally, things came into focus: I could either be brave and call the author on it, or I could be a coward and stop growing as a leader.
The next morning I called his cell phone. I was shaking so much, I could barely hold the phone. I went over the facts. I told him that his behavior was unacceptable.
I told him how to make this right: He would call each of my staff and apologize. He would then send flowers to the person he had offended the most. If he didn’t, I would stop publication of his book and send him packing.
I was dead serious, and he heard it in my voice. To my surprise, he did exactly what I had asked.

The Thing About Courage

I learned an important lesson that day. Courage is not the absence of fear. Courage is the willingness to act in spite of my fear.
My people also learned an important lesson that day. They learned that I was willing to stand up for them, even at the expense of my own comfort. It drew us closer together as a team.
Frankly, I still find it difficult to be brave. I don’t consider myself to be a courageous person. But now having several of these experiences under my belt, it is a little easier.
If I can do it, you can, too.

Courage is not the absence of fear. Courage is the willingness to act in spite of my fear.Michael Hyatt

Is there a potentially difficult conversation you need to have? What would have to be true for you to lean into it and speak up?