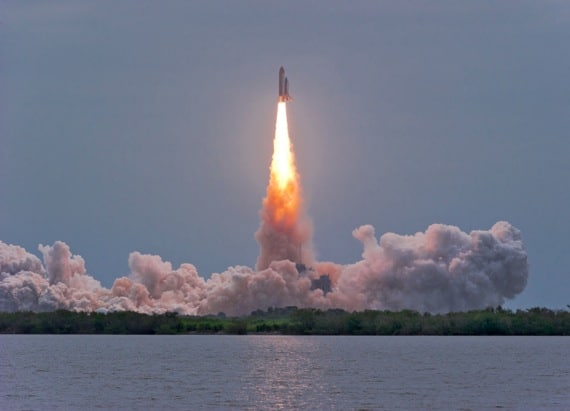 A while back, I met with a friend who is a blogger. She has been blogging for a few years, but her blog is in desperate need of a facelift. It has grown a little “long in the tooth,” as they say. I have been meaning to speak to her about his, but she brought it up herself.

“I am redesigning my blog,” she mentioned. She then showed me a prototype. I was flabbergasted. It looked … great! It was a hundred times better than what she currently has.

Truly wowed, I asked, “So when does it launch?”

“I don’t know,” she replied. “I still have some changes to make.”

A little suspicious, I asked, “How long have you had it at this level?”

“What?!” I exclaimed. “This is way better than what you have now,” I blurted out. “Just launch it!”

Unfortunately, many people get stuck in this kind of no-man’s land. They want it perfect before they share it with the world. The problem is that they are missing scores of opportunities by waiting. Instead, they should get used to the concept of “permanent beta.”

As you probably know, “beta testing” is that stage of software development when companies roll out a version of their product for a wider audience. The premise is this: “we know it’s not perfect, but it’s far enough along that we need your input to get it right.”

The wide-spread use of beta testing has conditioned consumers to think of it as a permanent state. Gmail, for example, was released to the public in March 2004. It didn’t officially exit beta status until July 7, 2009. That’s a five-year beta test!

Software is never perfect; this is why there continue to be upgrades and bug fixes. Everything improves over time—and it does so faster when more users see it and have the opportunity to provide input.

Just because the Gmail beta test ended it did not mean that Google finally had everything right. After the test ended, GMail suffered a major outage. But most people are okay with that. Or, if not, they get over it quickly. Users would rather have something now than perfection later.

When I post to my own blog, for example, I know there are likely errors in what I have written. But no matter how many times I read and re-read my posts, I can’t see them. Instead, I post them as-is and let my readers proof them. They are faithful to let me know when I have a typo or other error.

It doesn’t have to be this way. As the Chairman of a book publishing company, I know numerous editors. I could hire them to review my posts before posting them to my blog. I could also submit them to our lawyers for legal review. I could even have our marketing people have a look.

But if I followed that process, I would never post anything. Instead, I have embraced the concept of permanent beta. I launch and then tweak. This is the pattern.

As G.K. Chesterton once famously said, “If something is worth doing, it is worth doing badly.” In other words, the point of absolute perfection never comes. Too often, this is just an excuse for procrastination.

Question: What are you sitting on that you should just get out the door today? You can leave a comment by clicking here.