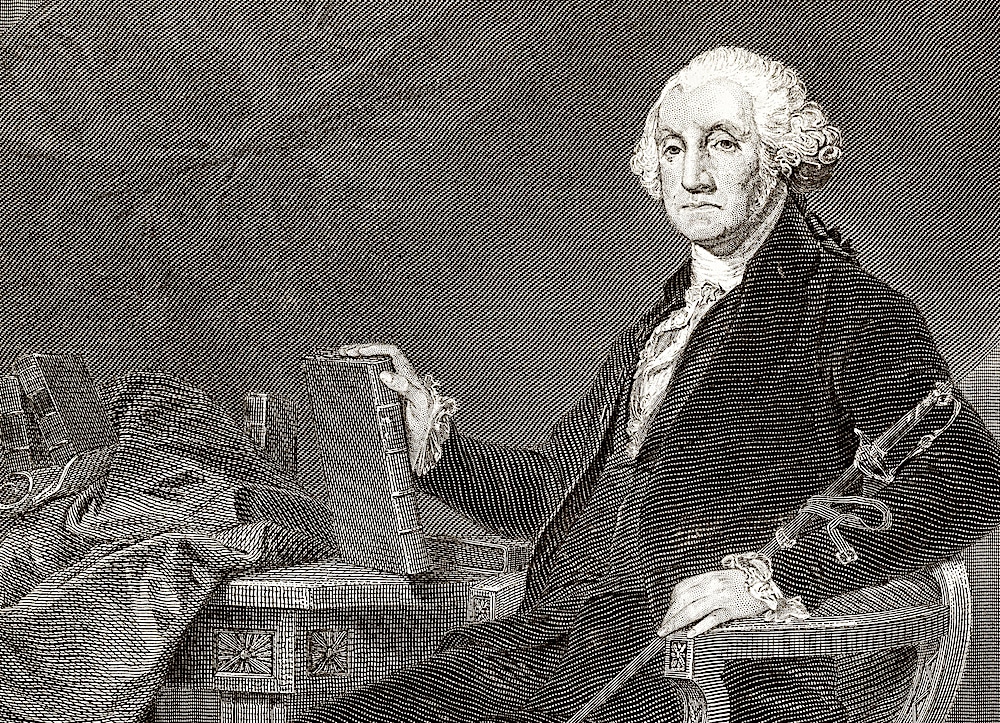 Most Americans think of George Washington as a great leader and the father of our country, but I bet few of us think of overdue library books.

When Washington was president, he borrowed two books from a New York library and forgot to return them. According to a humorous but true story the fines for books that late might come to $300,000 today. His estate at Mt. Vernon paid a whopping $12,000 to replace just one of the missing volumes.

While we tend to remember Washington as a man of action more than letters, he was both. Most leaders are also voracious readers. As the new book George Washington: A Life in Books reminds us, Washington was a great collector and a diligent reader of books.
Amazingly, as author Kevin Hayes notes, “No one ha[d] ever written an intellectual biography of George Washington” before he tackled the subject. In fact, he says, “One historian sought to discourage me, asserting that the documentary materials simply do not exist to tell such a story.”
Many of Washington’s contemporaries were literary stars. Benjamin Franklin was as famous for his words as for his diplomacy. Thomas Jefferson’s library formed the core of the Library of Congress. And Alexander Hamilton’s pen is selling out Broadway plays today.
But Hayes was onto something. Washington wasn’t showy about it, yet he took book learning seriously. It just took a bit more work to gather together the clues.
It turns out that Washington’s library was broken up, and much of it was sold off after his death. So Hayes tracked many of those books down to see what our first president wrote in the margins.
From those marginal notes, from Washington’s published and unpublished writings, and from his library catalogues, the historian was able to give us a much richer picture of Washington’s mind at work.

Based on what he presents in his book, it seems to mere there are at least five lessons Washington's reading can teach leaders today.

One myth about Washington is that he preferred only practical writing, instructing him how to best fertilize his farm and soldier and the like. Hayes shoots that down hard. Of course Washington read practical books. He also read biography, poetry, history, and novels.
Washington didn’t stick to things that were immediately relevant because he had a big enough imagination to see beyond that. As his life showed, that sort of imagination can help leaders to see what others might not.

2. Use Books to Challenge Yourself

The first book Hayes could find that Washington put his signature to—as in, “this book belongs to George Washington”—was The Sufficiency of a Standing Revelation in General, and of the Scripture Revelation in Particular, by Rev. Offspring Blackall. Typographical evidence shows that Washington likely got the book when he was just nine years old but didn’t tackle it until his mid- to late-teens.
“Even if he could not fully appreciate the book’s text when he inscribed the title page in his boyhood, he apparently looked forward to the day he would,” says Hayes. “Understanding Blackall took on the quality on an intellectual goal, something to strive for and achieve.”
We can also use books to challenge ourselves. Most of the books we read can be either practical or for leisure, but once in a while we ought to tackle something tougher to stretch our minds and sharpen our thinking.

The future general and president took great care in organizing his library. He catalogued his books to help get a handle on the information swirling on the pages around him.
It might not be necessary for us to be as meticulous as Washington was. But it’s a good idea to have some idea how your library is organized so you can retrieve books quickly when you want to consult them.

4. Record Your Thoughts on Books

Washington wrote in the margins of some books, kept a diary which mentions books and wrote more than 900 pages of notes on what he had read.
We can do all of those things today to record our thoughts and return to them. In fact, it’s far easier today with keyboards and note-taking apps like Evernote. Here's the system I use and recommend.

5. Use Your Learning to Write Your Own Thoughts

We don't often think of Washington as an author. But during his life, Washington actually published a few short books. And he was a great writer of letters. The Library of America collection of his writing is almost 1,200 pages long.
“Washington was a reluctant author, but sometimes his professional responsibilities compelled him to publish what he wrote,” Hayes tells us. And it's the same with leaders today.

Imagination can help leaders to see what others might not.Michael Hyatt

If we're reluctant to write down what we've learned along the way, we should consider Washington's example—not only in writing but especially in reading. The books he read shaped the nation he led.

How to Sync Up Your Team for Success