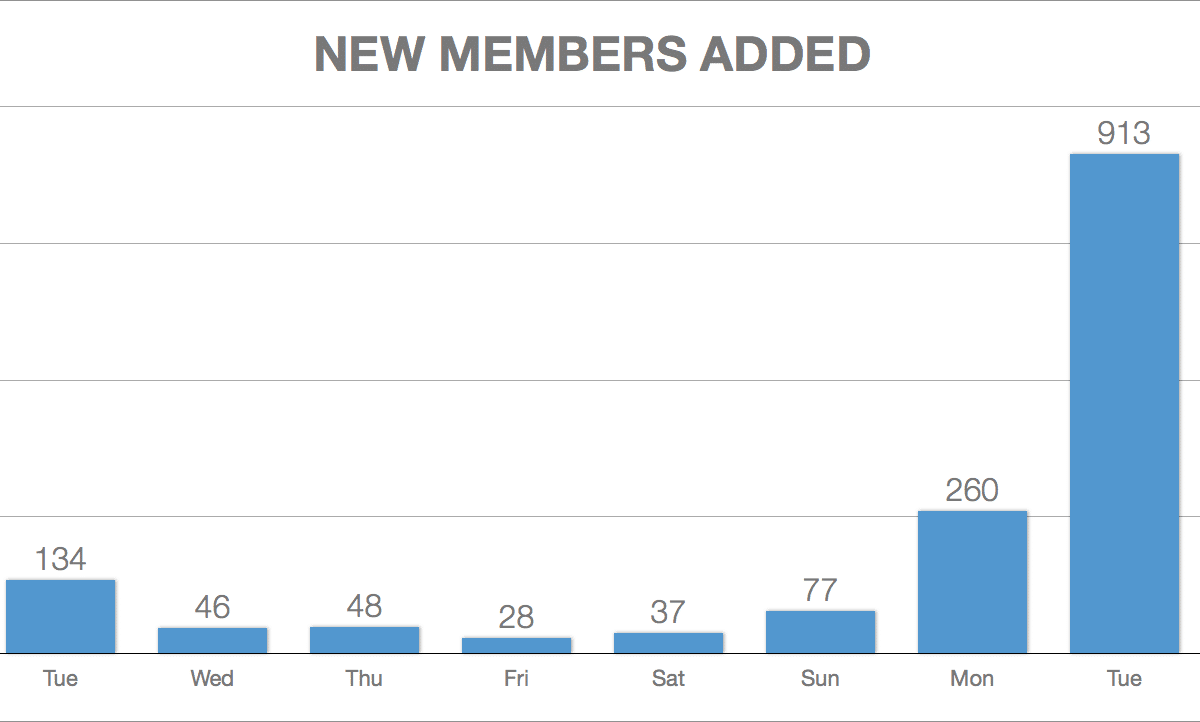 We’re about 50 percent short of our goal, Dad.” My oldest daughter, Megan, had just called to brief me on our recent new membership campaign for Platform University. It was day four of an eight-day promotion. My heart sank.

I don’t like missing goals. Our campaign target was to add one thousand new members to the site. Based on previous experience, we should have added five hundred members by the end of the fourth day. We were at 256.

I knew things had started slowly. At the end of the first day—usually one of the biggest—we had only added 134 members to our ranks. Based on our forecasting algorithm, we’d be lucky to add five hundred total members.

I tried to ignore these early warning signs. In addition to the low numbers, we had suffered through some unexpected technical problems. But, we had resolved most of them.

So I was working hard to stay optimistic. So were my team members.

“Maybe this sales curve is just different from previous ones,” we kept saying to one another. However, we all knew in our guts we were in trouble. It was time to make a decision.

You’ve been there. You have a big goal. You’re excited just thinking about what it will be like to achieve it and enjoy the rewards.

Then you get to the “messy middle.” It’s that spot where everything is harder than you expected it to be. The hill is steeper. The road is longer. You are not sure you have what it takes to finish.

I have been in this spot many times. I faced it in running every half marathon. I’ve seen it in my career and as an entrepreneur. I’ve even experienced it in my marriage and in parenting. Especially parenting.

I too easily forget that the messy middle is part of every big dream, every goal, every attempt to improve. I keep thinking if I can plan better, I will avoid the pain and breeze through to the finish. It almost never happens that way.

When you get to this point, you have three choices. They are always the same, no matter what the goal. Megan and I faced them as we considered how short we were of where we needed to be.

So what did Megan and I decide in our situation? We were running 50 percent behind where we needed to be. We only had four days left in the campaign. We both felt the pressure. Should we recommit, revise, or remove?

As we were discussing the options (and this is something I suggest you always do), Megan and I both came to the same conclusion: we can do this. The problem was not with the goal; it was with the strategy.

We had a quick phone call with Stu McLaren, our partner in Platform University. In less than fifteen minutes, we had a new strategy and a new copy direction.

Things started to pick up almost immediately. Though we had stumbled out of the gate and had a hundred things go wrong, we finished strong. We ended up adding 1,543 new members—50 percent more than our goal of one thousand.

Needless to say, we were thrilled with this outcome. Though revision and removal would have been valid choices, we are so glad we decided to recommit to the goal and press through.

What choice are you considering with a goal you are about to miss?