Saturday night, Gail and I went to the Nashville Symphony with our daughter, Mary, and her husband, Chris. Mary had bought tickets for Gail’s birthday. It was a magnificent evening. 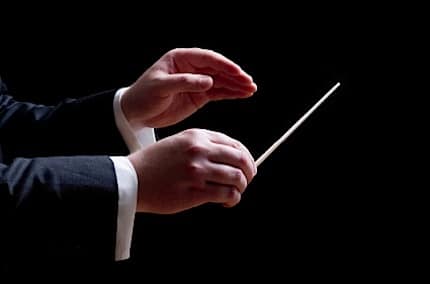 We are privileged to have seats on the second row. I was less than 20 feet from Hugh Wolff. I was fascinated just watching him lead the orchestra. Toward the end of the evening, it occurred to me that conducting and leading have a lot in common:

Question: How do these items relate to leadership? What else can we learn from conductors?