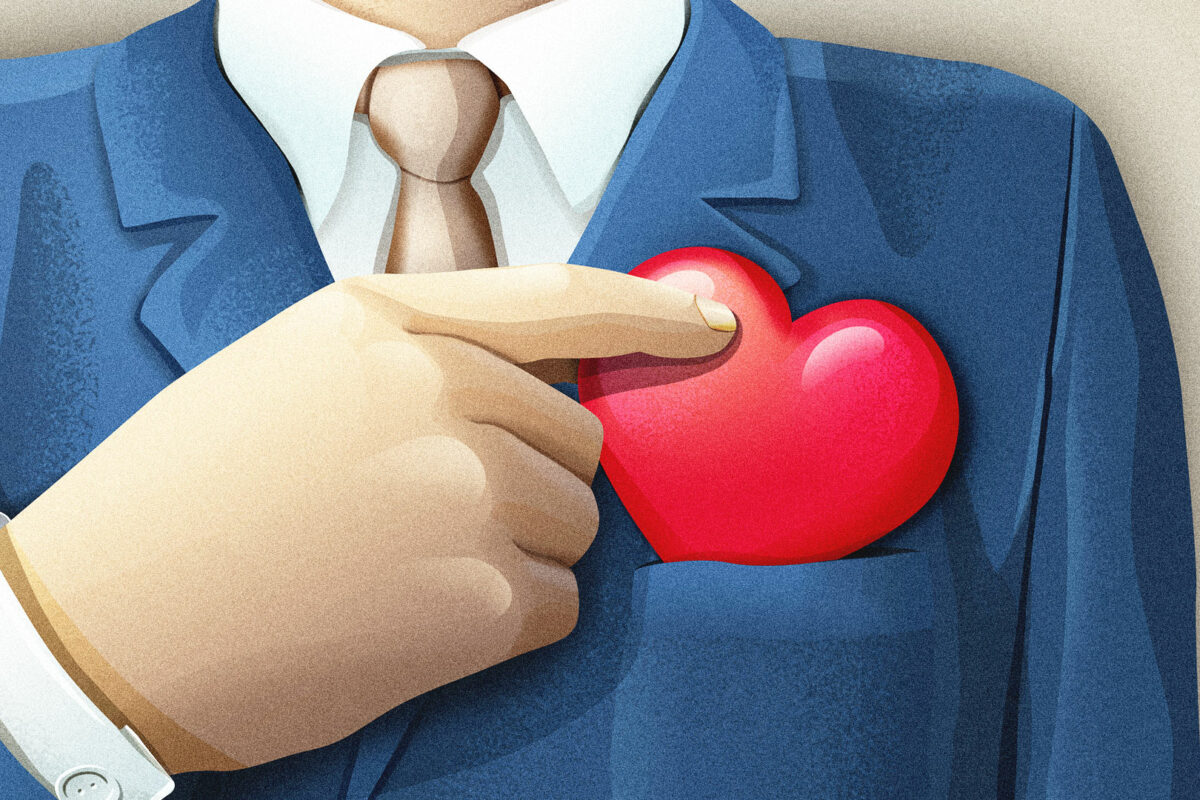 While fighting in the Korean War, my dad’s tank was hit by a missile. Shrapnel knocked him out, and he lay in a coma for months. When he finally stood up from his hospital bed, he learned he would limp for the rest of his life.

As a young boy, I didn’t know about his injury. I just knew I wanted to be like my dad. So much so that when I was 5, my mom noticed I was walking with a limp. I wasn’t even conscious of this decision. My dad was the model of adult manhood. I had unwittingly followed in his footsteps.

My mom explained his injury to me, and after some time, I gave up my limp. But I never gave up the resilience, positive outlook, and unbridled curiosity he modeled for me.

For better or worse, you’re going to replicate yourself in your organization. The only question is whether you’ll do it intentionally. Keep reading below to learn four reasons every leader must consistently model good character.

You’re going to replicate yourself in your organization. The only question is whether you’ll do it intentionally.Michael Hyatt

Much of the world acts as if competence is enough for successful business, but character matters. Eventually, it catches up to you. Research studies say the better your character, the better your quality of life.

Christian Miller explains, “When gratitude goes up, life satisfaction goes up and anxiety goes down. When hope goes up, worrying about the future goes down. There are these correlations between good character traits and actually living a better life.”

Reason 2: The leader sets the tone for the organization.

Culture trickles down from the top. Leaders must take responsibility, recognize their impact, and adjust behavior accordingly. Modeling is not always formal. Character lessons are more likely to be caught than taught.

If I show up late to meetings or stare at my phone during presentations, I’m giving the green light on this type of behavior. Disrespect will replicate throughout the workplace.

A tone change in the skybox impacts performance on the field. Fix the issues with yourself, and you will fix issues below.

Reason 3: People do what you do regardless of what you say.

If I say I prioritize rest and margin but don’t pursue those things myself, my team won’t believe me. But if I give myself permission to take healthy breaks, they feel freedom to do the same. Refusing to check emails while on vacation and leaving the office at a reasonable time communicates what I value.

People are taking cues from you. The gap between your words and actions will be obvious. When leaders do their best to live up to what they say, they can make a huge impact.

Reason 4: The law of replication is nearly impossible to break.

Breaking replication is difficult but not impossible. If you’re part of a negative organization, not all hope is lost. Throughout my career, I’ve worked in several negative cultures. In these situations, I had to intentionally stand for something different from the norm.

Maybe you’ve been the cause of bad replication. If that’s true, own up to it. Apologize as needed and don’t make excuses. Some of the leaders who impacted me the most were those willing to volunteer their shortcomings.

To change your own behavior, you may want to list out standards of compliance for yourself. Leaders tend to get busy and make exceptions for themselves. This is dangerous. State your standards. Then follow them.

As Benjamin Franklin said, “Well done is better than well said.” When you model good character, you will see it replicated across your entire organization. Want to lead well? Care about character.