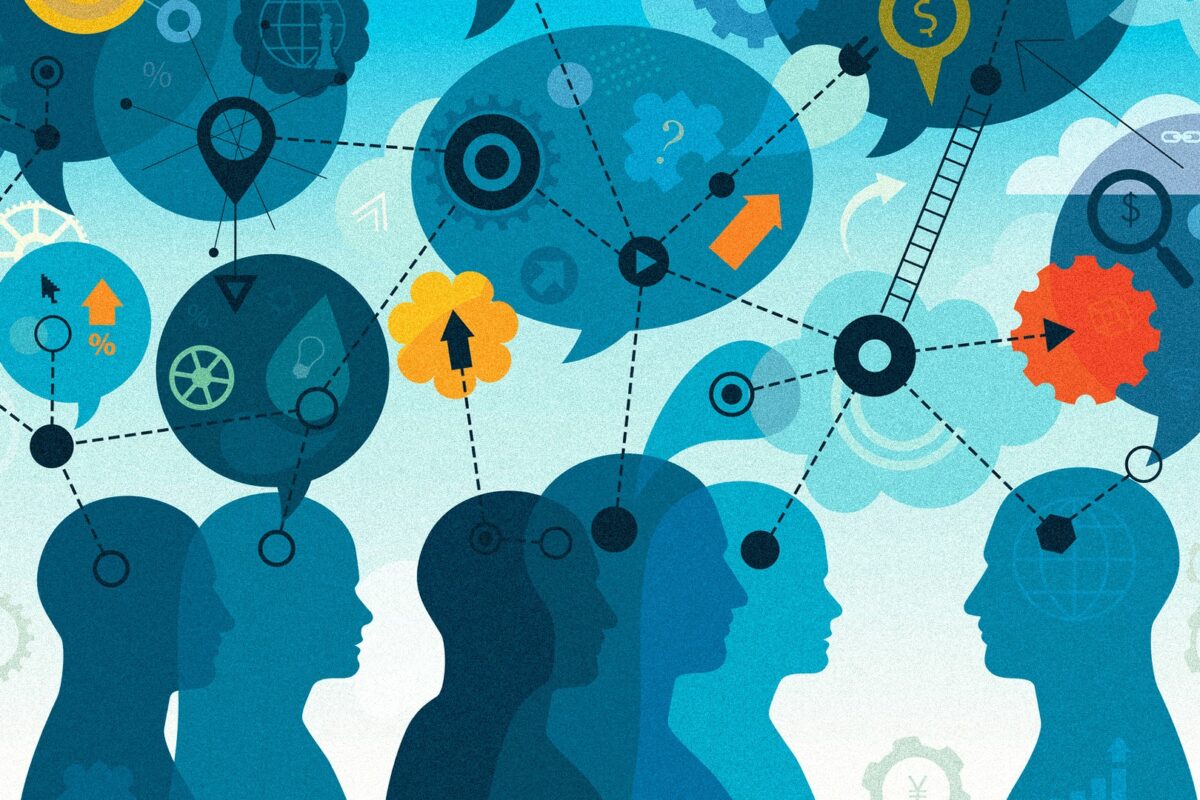 Forget Trust Falls and Puzzle It Out Together

“Tell me about a time you worked with a team.” It is a common interview question, one many of us have heard before. If you’re like me, a flood of past teams comes cascading into your brain, some good and others not so good.

There is the team where you had to the do all the work, and the team where you couldn’t get a word in edgewise. The team meetings that devolved into useless monologues and those that ended in smiles and fits of laughter. Some teams energize, while others leave us feeling depleted.

Companies worldwide are moving away from hierarchical, functional organization towards networks of teams in an attempt to increase efficiency and better respond to business challenges. At the same time, teams have varying levels of effectiveness.

In a 2013 survey conducted by the University of Phoenix, 68 percent of respondents had been part of a dysfunctional team. Only 24 percent reported preferring to work in teams. With such high levels of dysfunction, who can blame them?

To harness the power of teams, we need to understand them and actively work to build better teams. Luckily, science can help.

Finding the ‘It' factor

What exactly are we trying to achieve in teambuilding? To know, we need to identify what gives effective teams their edge. In 2010, a collaborative research effort conducted by Carnegie Mellon, MIT, and Union College set out to identify what factors foster and diminish teamwork-superpowers.

They assigned 699 participants to groups of various sizes and assigned each group a set of tasks. The most predictive measure of each group’s ability to perform their performance on previous tasks. Group dynamics, or collective intelligence, best determined future effectiveness.

Researchers then identified two characteristics that corresponded with collective intelligence: social sensitivity and conversation turn-taking. Successful groups also tended to include more women, but this was mediated by women’s likelihood to score higher in terms of social sensitivity.

Future studies have further downplayed the importance of group composition. According to Dr. Alex Pentland of the MIT Media Lab, patters of communication “are as significant as all the other factors—individual intelligence, personality, skill, and the substance of discussions—combined.”

The importance of psychological safety

Academic institutions aren’t the only hubs of social engineering gurus to tackle teamwork. Google has conducted their own research on what makes teams hum with efficiency.

As a pattern-seeking tech giant, Google had been surprised to find successful teams distinctly lacking common patterns. The individual success or intelligence of members didn’t matter, how meetings were run didn’t seem to matter, even leadership style, beyond getting the basics right, didn’t matter.

When they came across the research on collective IQ, Google realized that they had been missing the “it” factor. How teams create a safe space for collaboration isn’t important. What is important is that they do. Psychological safety, they determined, was the underpinning of success.

Team members needed to feel comfortable speaking up to create the communication dynamics necessary for success. It all comes down to trust, which is one of the characteristics teambuilding exercises were designed to enhance.

Finding trust in the human brain

Drawing on evidence that oxytocin signals to rats that it is safe to approach another of their species, Jak thought it might play a similar role in human interactions. He amended a popular economic game, where one participant sends money to another, who then has the option to share in whatever way they see fit, to test his theory.

Not only did participants show more oxytocin in their blood levels after a trusting interaction but administering the “moral drug” increased levels of trust and sharing. Jak was onto something. He has since spent much of his career examining how to increase natural oxytocin to enhance trust and build teams.

His most recent book, Trust Factor: The Science of Creating High-Performing Companies, highlights lessons learned along the way. Though it concentrates more on management than teamwork, a blueprint for effective teambuilding underlies many of his management points and closely parallels previous research.

A manager can help to promote an atmosphere of psychological safety, but it is up to entire team to embrace positive norms.

Not all teambuilding is created equal. In line with teambuilding research, a 2009 study found that exercises designed to build interpersonal relationships and enhance solving problem abilities were most effective. How, though, are these goals best accomplished? There is more than one answer, but here are some pointers:

1) Teambuilding requires buy-in. Will your team be receptive to a professionally facilitated, official teambuilding exercise or will the suggestion be met with groans of resistance? If you don’t run a teambuilding-type operation, think outside the box. At Articulate Global, a tech firm, employees take a week to team up and work on a tech project of their own choosing during their annual Hackathon. It’s teambuilding without the stigma.

2) Steer clear of activities where people are singled out and might feel embarrassed. Awkward and embarrassing situations are exactly the opposite of the trust-building activities needed to build strong teams.

3) Effective teambuilding allows teams to tackle an achievable challenge together. This suggestion comes straight from Dr. Jak. Working through a challenge together increases oxytocin and group cohesiveness. Choosing the right challenge, however, comes back to knowing your team. Unfortunately, there aren't a lot of science hacks for that.