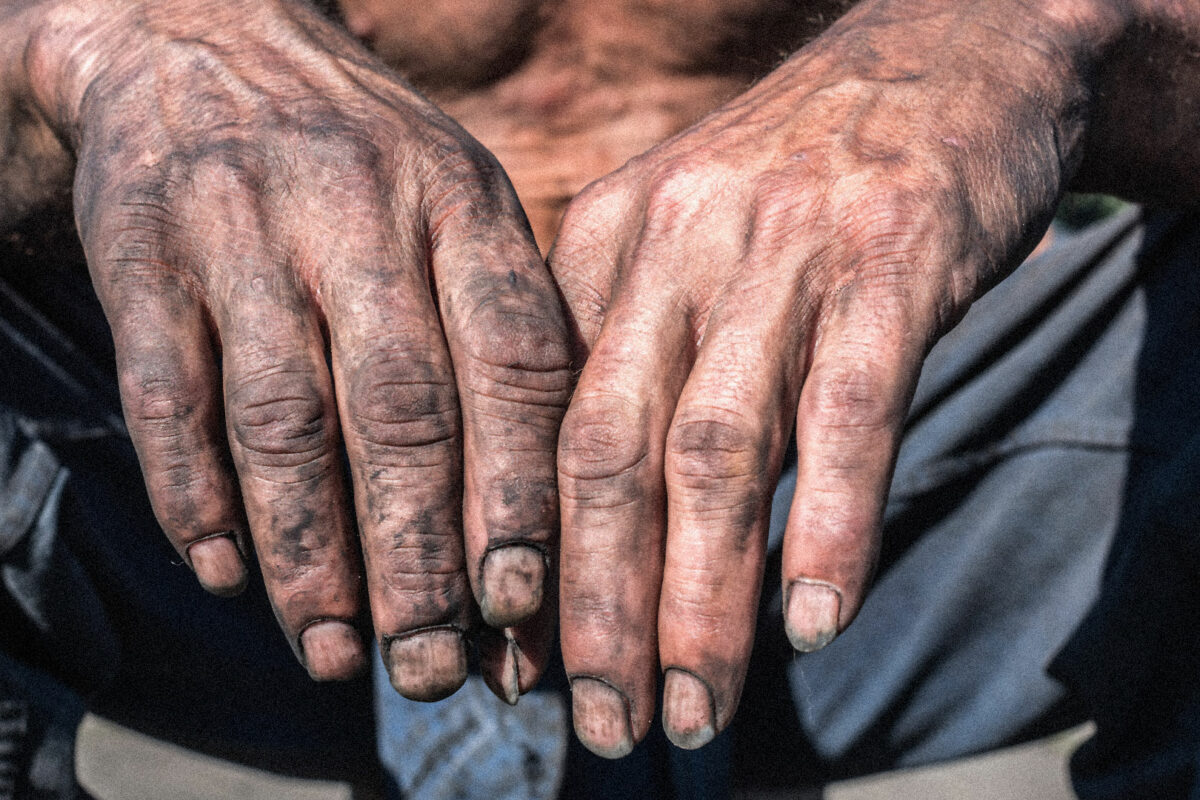 Why We Keep Falling for It Over and Over Again

The idea that working ever harder and longer leads to better results is as American as apple pie, despite all evidence to the contrary. Chronic overwork is unproductive, unhealthy, and destructive of a balanced life.

Yet against the evidence—and against the advice of incredibly successful people such as Henry David Thoreau and Henry Ford—overwork remains America's second unofficial religion. How did we get here? Look to the earliest days of America's history. Even as technological and social changes have made it easier to work less and earn more, we've still clung tenaciously to a certain vision of the past.

The men and women who settled on the shores of Massachusetts, New York, Virginia and the rest of what would become the original 13 colonies were all too familiar with the Calvinist beliefs that 1) labor was evidence of saved souls, and 2) idle hands were the Devil's workshop. But working harder than they did back in Europe (where the average laborer of the time worked six hours a day, according to historian Lois Green Carr) wasn't just about securing their places in heaven. 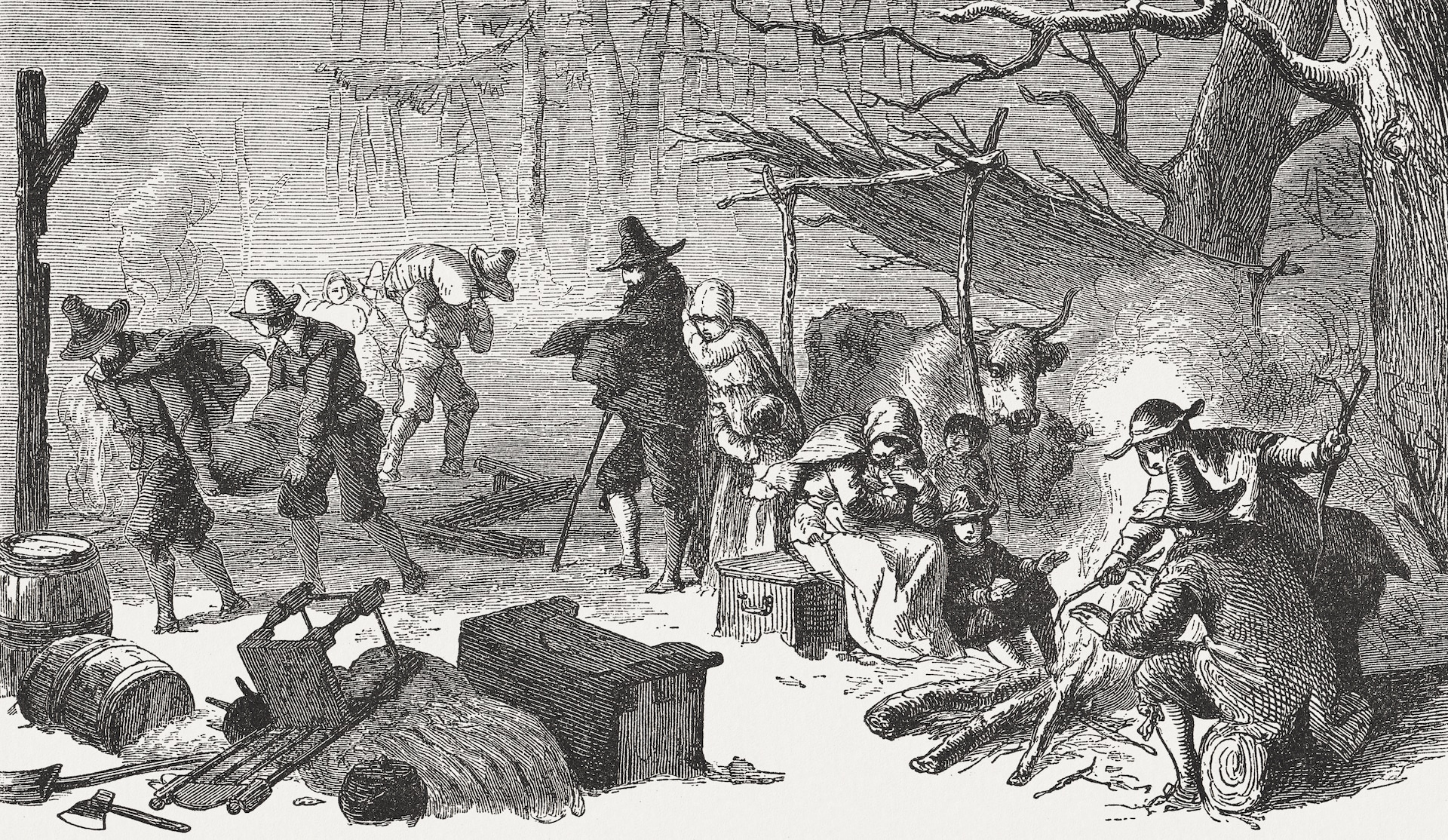 Many of the early colonies, including Jamestown and Plymouth, were founded by companies whose original goals were to find gold and silver. After finding none, they began trading in tobacco and other natural resources. High mortality rates, both before and after arriving, meant that fewer people had to work much harder. In Jamestown alone, all but 60 of the original 500 settlers died within three years of settling due to starvation, lack of knowledge of farming and hunting, and conflicts with the American Indians who were already there. The lack of existing infrastructure meant that the settlers had to build it for themselves.

Thanks to Capt. John Smith, whose books on colonizing Jamestown and the New World were popular in Europe, settlers also knew that there were real opportunities to master their own fates and attain the kind of wealth unavailable to them in the Old World. So long as you weren't a debtor, an inmate or an African slave (the latter of which were unable to profit from labor until after the Civil War), your farming, fur-trapping, fishing, forestry and skilled labor could yield prosperity. This thinking also reinforced beliefs that your prosperity was a sign of God's favor.

So Americans worked long and hard, often in back-breaking toil. By the end of the 17th century, Carr estimated that the average colonist worked between eight to ten hours a day for at least six months of the year—and that didn't include other tasks that could take another three hours a day. Colonial governments also encouraged long hours through laws, requiring laborers to work from sunrise to sunset. By the time the colonies gained their independence from Britain, they didn't need Benjamin Franklin's admonition to “be always employ'd in something useful.” Because they always were.

Working harder and longer remained the unquestioned norm of American life—until the Industrial Revolution came along.

Americans left farming and skilled craftsmen jobs to work in factories and the expanding companies that owned those factories. While factory work may have had some benefit in the form of less back-breaking work, it often meant working even longer hours. By 1850, the average factory worker toiled for 69 hours a week, according to the U.S. Department of the Interior.

Those factories, in turn, spurred the growth of cities such as New York. City growth, along with the advent of railroads, and the invention of new technologies such as the elevator, spurred longer hours for other workers outside the factory walls. University of Pennsylvania Professor Walter Licht estimates that the average railroad worker worked 66 hours a week by the 1850s, while the average construction worked 51.3 hours a week by 1890.

Even for those who remained in agriculture, working hours became even longer because of the shift from planting (which was becoming easier to do thanks to reapers) to more labor-intensive activities such as raising livestock and dairy farming, as well as the nation's westward expansion. The average 19th century American, regardless of what they did, worked 10 percent longer than in the previous century, according to Robert Margo of Boston University. 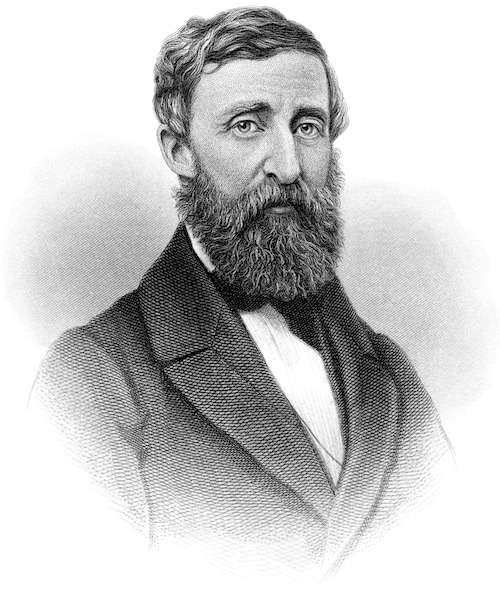 Overwork remained America's creed. But that didn't sit well with everyone. Social critics admonished people to do what we would now call working smarter. Henry David Thoreau, in particular, declared that “Those who work much do not work hard.”

Following the success of activists who reduced work hours in Britain and France, America's emerging labor movement began pushing for an eight-hour workday as part of improving overall labor conditions. Their efforts over time, along with further technological advancement, forced employers to reduce working hours by the turn of the 20th century.

By 1900, the number of hours worked weekly by the average factory worker declined by at least nine hours (to around 60 hours a week), and would drop by another four hours by 1914. That year, the Ford Motor Company reduced the daily working time from nine hours to eight, and doubled pay to boot. (It would be the first to institute a five-day work week 12 years later.) When Ford's profit doubled within two years, other automakers followed suit. Labor unrest during and after World War I would force companies to make the eight-hour workday the norm.

Americans may see further decline in working hours. But the myth that working longer and harder leads to greater prosperity is likely to remain our national fiction.Rishawn Biddle

By 1955, the average American factory worker toiled for 38.5 hours a week, about half the levels of a century earlier. Even with companies working to boost productivity (and increasing working hours in the process), and the emergence of a gig economy in which workers have less job security, the average American today has a shorter work day than the settlers of five centuries ago.

But still, the belief that working long and hard yields results remains the mantra. Even in the early 20th century, as John D. Rockefeller championed working smarter when he declared that “he who works all day has no time to make money,” Max Weber helped mythologize “working hard” (and give it a name) with the publication of The Protestant Work Ethic and the Spirit of Capitalism. Never mind that Weber's thesis—that Calvinist emphasis on hard work led to the growth of capitalism—overlooked a lot of previous entrepreneurial effort in Catholic countries. His argument helped to reinforce a self-image that Americans already had of themselves.

Even today, books and TED Talks are dedicated to proselytizing the benefits of working long and hard. Yet there is increasingly little evidence that working longer yields better results for anyone. The average American spends 50 minutes (10 percent of the working day) doing anything but work, according to an analysis of the American Time Use Survey—and productivity declines once you work 50 hours or more. If anything, most of the productivity gains of the past four decades have come from advancements in technology, not from working longer.

Even the necessity of the eight-hour work week is being questioned. As Travis Bradberry, the founder of consultancy TalentSmart, points out, people can achieve more if they better-structure their working hours. If anything, most people in knowledge economy jobs can likely achieve their work in four to six hours rather than eight.

Give the right conditions, we could see a further decline in working hours alongside a boost in productivity. But that will be a hard pill for many all-American workaholics to swallow. The myth that working ever longer leads to only good things remains stubbornly with us.