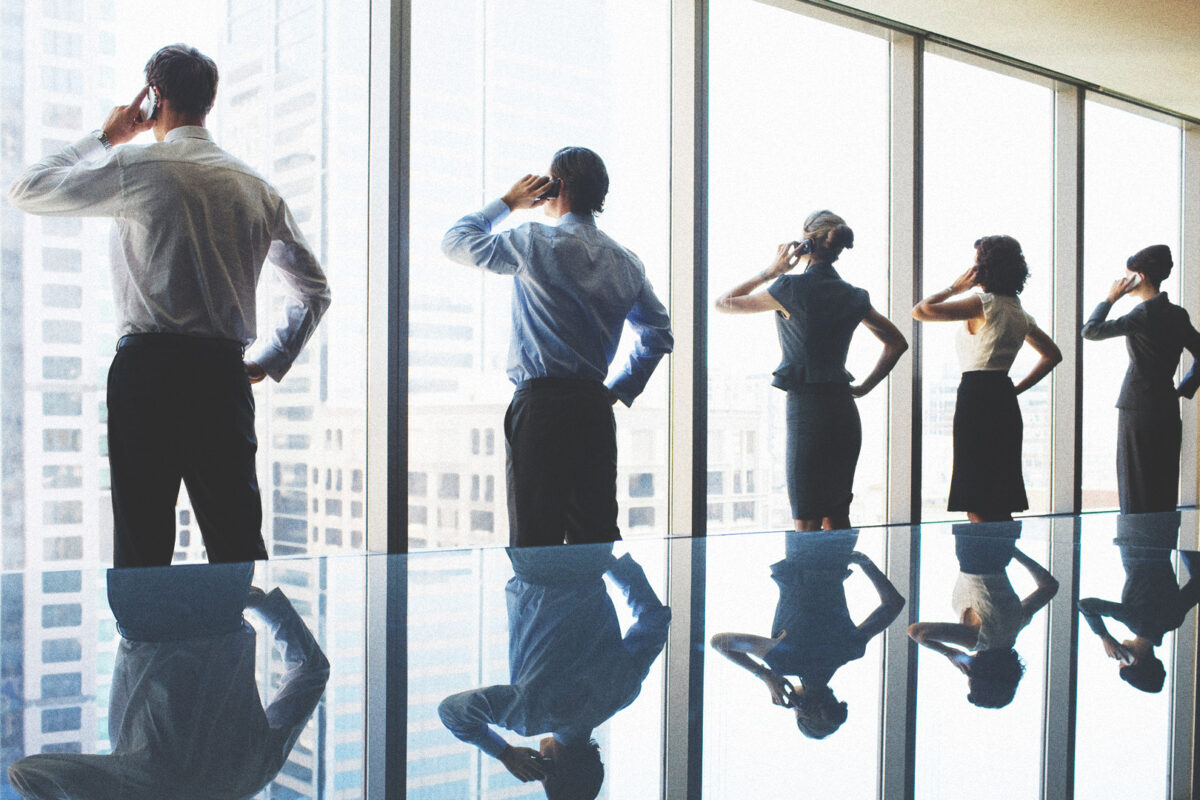 A Good Reminder Whether Leading or Following

Lieutenant Norman Dike froze in the face of fire. Dike led Easy Company, 506th PIR, 101st Airborne, during the wintery attack on the Nazi-occupied town of Foy, part of the overall Battle of the Bulge during World War II.

He was a replacement officer who’d allegedly been sent down from higher offices to receive some combat experience before he could be promoted. Behind his back, his men, the elite paratroopers later known as the Band of Brothers, dubbed him “Foxhole Norman”—a man who’d rather cower than fight.

During the attack on Foy, with enemy bullets slicing toward them, Dike wrongly positioned himself and his soldiers behind a haystack. There, he and his men sat as defenseless as hunted ducks. If Dike was ever going to achieve his objective, he needed to lead his men to surge forward and liberate the town. He needed to move! But Dike sat, petrified, panicked, already defeated.

From haystack to attack

From high on a hill, Captain Dick Winters, then battalion executive officer, surveyed the debacle. He spun on his heel and spotted the capable Lieutenant Ronald Speirs, leader of Dog Company, who stood poised in reserve. Winters ordered Speirs to run to the haystack, relieve Dike of his command, and lead the men to victory.

Speirs sprinted forward, took control, and rallied the soldiers up from behind the haystack and onward. But before they could fully take the town and succeed, one more of Dike’s messes needed to be cleaned up.

Earlier, Dike had ordered one platoon to circle the town and see if they could flank the enemy. It might have sounded good at first, but it proved a lousy plan. The men were exposed to sniper fire during the run. Plus, without a radio, they couldn’t receive further orders. Sure enough, five E Company soldiers had taken bullets and gone down.

To countermand Dike’s initial order, Speirs ran alone straight through the town, chock full of weaponized Nazi soldiers. At first, miraculously, the Nazis held their fire, thinking perhaps he was a medic. Then the truth became clear. Shocked, their mouths hung open. Why was this one American officer running straight through their midst?! Didn’t he know he was now their number one target?

Shots rang out, right and left. Undaunted, unphased, and focused like a laser, Speirs ran straight to the lone platoon and set them straight. The truly astonishing thing, reported the men who were there, was that after Spiers ran through the highly dangerous town—he turned around and ran straight back to finish the job.

The power of example—for better or worse

When I think of the differences between lieutenants Dike and Spiers, I’m reminded of the adage that more is caught than taught. Overt instruction works to lead people, yet influence makes the strongest impact. The best leaders lead not only by instruction. They lead by example.

Lieutenant Dike wore the uniform of a leader. He certainly instructed his men to do things. But Speirs showed his men how to do things, and in doing so displayed true courage and empowered his men to successfully complete their objective. He kept cool under fire, and as much as he barked out the correct orders to keep moving forward, he effectively led his men by sheer example of his bravery.

Have you ever considered how your actions can speak louder than words? Whether it’s your management on the battlefield, in the workplace, in your volunteer organization, or within your family, your actions help set the tone, establish the mood, and create values and biases within the people you lead.

This realization can cause us to double check our work ethic, attitude, and management style, because both our good and bad habits rub off on others we care about.

The best leaders lead not only by instruction. They lead by example.Marcus Brotherton

Jack Zenger and Joseph Folkman, writing in Harvard Business Review, noted that one of the best predictors of whether a person will become an abusive parent is if he or she was abused as a child. Escaping the influence of a terrible role model proves highly difficult, albeit not impossible, and Zenger and Folkman wondered if a leadership application could be gleaned from this pattern. They asked: “Do people who work for lousy leaders become lousy leaders themselves?”

Their findings showed both positive and negative influences do indeed cascade down the line. People tend to become like the people they associate with, either for bad or good. That’s just natural. Fortunately, it’s possible to resist bad influence, although it is costly.

Whenever they must “field” or buffer a bad boss, employees must expend energy they could have used more productively elsewhere. Remember The Office? Just think of all the effort it took to keep Michael Scott in check.

Thankfully, cycles of poor leadership can be broken. Zenger’s and Folkman’s research showed it is possible to work for a bad boss yet still emerge as a strong and effective leader yourself. Through outside training, situational mindfulness, and the constant resolve to speak and act wisely, good leaders can operate effectively in nightmarish environments, at least for a season.

Training manuals never written: how to ride a bike

So what is the lesson for us? John Maxwell has said, “Leaders become great, not because of their power, but because of their ability to empower others.” If you’re a leader or a parent, know that some skills and attitudes are impossible for those under you to learn by instruction alone.

A 6-year-old can’t skim a training manual then teach herself to ride a bike. Her parent must get out there on the pavement with her and show her how to pedal and balance; how not to be afraid of speed. The parent must become not just an instructing coach, but a playing coach, too.

By remembering that more is caught than taught, our pressure as parents can be lightened. When we parent with teachable moments in mind, we can even ease up sometimes on the instructions we give to our children, realizing our words work best in conjunction with the examples we set. It’s our examples that may speak the loudest to young ears and eyes.

Just think of all the ways a parent can influence a child by example. From the words we whisper under our breath when a driver cuts us off, to what we watch on TV, to how we greet our spouse at the end of a long day. Our children are constantly watching. Listening. Learning. Absorbing. Taking silent notes on how to act.

Similarly, it’s up to each of us as adults to remain constant learners, to recognize the value of effective modeling. We must seek out great leaders, observe how they operate, and then apply what we observe to our own operational styles.

Whenever we find a great leader, we can take life notes ourselves. What kind of tone does the capable leader set and how does she do it? If he makes a mistake, how does a wise leader remedy the situation? Each of us has the power to help create workplaces of efficiency and health, places where we look forward to coming each morning.

We must forever seek out great leaders, observe how they operate, and then apply what we observe to our own operational styles.Marcus Brotherton

Ultimately, by remembering that more is caught than taught, we can help our whole selves and our whole team gain forward momentum. We can avoid our own debilitating haystacks. We can lead our teams to victory in the race across town.